THIS IS EXCLUSIVELY A 4-PLAYER GAME

The result of a University project in the 2nd half of 2018, Curse of the Blacksmith is a couch co-op where players are tied together as different sentient weapons and must defeat hordes of enemies to return to normal, humanoid form. Watch out as you must master each role within the game!

Four friends - a navigator, a mage, an archer and a front-line defender - have been constantly arguing non-stop, unable to get along. Eventually the blacksmith, a being of many hidden talents, gets sick of them and curses them to forever be stuck in their respective weapons, with only the navigator maintaining his form, and stuck together in a tight radius. As part of their punishment, their souls will rotate through the weapons so they understand each other's positions. The only way to free themselves from the curse is to take on a dungeon full of waves of enemies. Get through alive, and they may return to their original forms...

This game works best using 4 Xbox One controllers on PC. Other controllers have not been tested. Optionally, the keyboard may be used, but is not recommended. 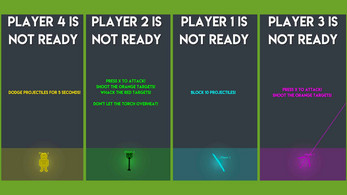 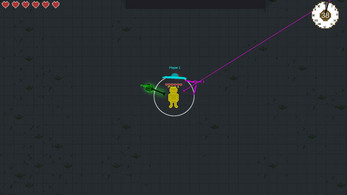 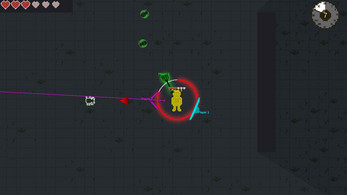 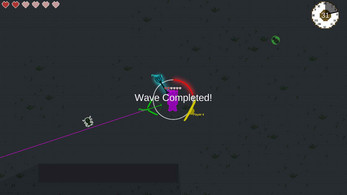